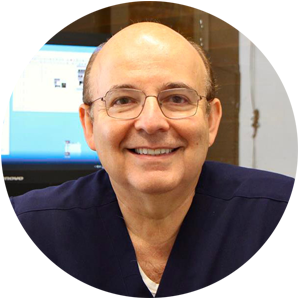 Dr. Horvilleur is a highly skilled dentist specializing in prosthodontics and implant dentistry in New York City’s Midtown East neighborhood. Dr. Horvilleur graduated from the National Autonomous University of Nicaragua and earned his dental degree in 1978. He pursued postgraduate education with a two-year prosthodontics program at the New York University College of Dentistry. He then went on to complete a five-year fellowship at the Dental Center of Peninsula Hospital in Far Rockaway, New York, where he taught prosthodontics and served as the chief attending clinical prosthodontist. During his fellowship, Dr. Horvilleur also worked in a multi-disciplined private practice in a hospital setting. He returned to NYU’s College of Dentistry in 1987 to earn a second dental degree, and in 1992, was conferred as a diplomate of the International Congress of Oral Implantologists.

Dr. Horvilleur has been honored with numerous awards throughout his career, including the award for Exceptional Dedication from the International Congress of Oral Implantologists’ World Congress XIX in Argentinean Obelisk, and a Gold Medal from the Sociedad Española de Implants. He stays active in his dental community with membership in numerous professional societies and is a former member of the Board of Directors of the International Congress of Oral Implantologists.

Outside of his work with patients, Dr. Horvilleur also serves as a consultant for a number of implant companies. He further contributes to the implant community by serving on the board of editors for the Journal of Implant Dentistry and working as an editor for the Sociedad Española de Implantes Dentales and Revista Asociación de Implantología Argentina. He also continues to actively teach courses in prosthodontics and implant dentistry both domestically and internationally.

He looks forward to giving his patients healthy and beautiful smiles.

Font Resize
Contrast
Accessibility by WAH
Call Us Text Us